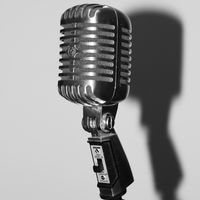 Boy am I tired! The gear is all back in the house, all the guitars, amps and pedals are neatly stacked in the corner waiting for the next gig, and of course I’ll likely change the strings tomorrow afternoon. To say I’m ungrateful for the life I lead would be wrong. Truthfully I enjoy the actual playing of the music, but the load-in load-out, try to find a place still serving food at this hour sort of lifestyle is wearing thin. It’s 3:20AM as I’m sitting down to write this...

The gig paid fairly well, and for what it was I guess I can’t really complain, really... The band gets paid $75 a man, and we play for three hours. Problem is on this occasion I am just another hired gun coming out to fill the show out. I was told by the singer that these would all be easy songs, pretty simple Americana and Roots music. I was asked to play Banjo, Fiddle and some Electric Guitar, told that I could play instruments as I saw fit for each song.

My rig is pretty simple, and for a sideman/multi-instrumentalist I travel as light as possible. But still playing three to five instruments with spares where critical... The loading onto the stage just by itself can be a job.

Lets start with the guitar amplifier which in this case is an Ampeg Reverb Rocket that weighs over 60 pounds and thunders out a massive 50 watts through two 12’’ speakers!

Next comes the pedal board which is loaded with the basics one would need to cover a range of guitar tones, everything from overdriven rock and roll to pristine Chet Atkins style slapback, all the way to trippy shoegaze if I tweak the right knobs.

My Fiddle, Banjo and Acoustic Guitar run through a basic set of Direct Input Boxes or DI Boxes that get sent to the mixer for output to the main loud speakers.

The bar has barely any stage space, and the staff seems almost put out when asked if the TV audio and the Juke Box can be turned off while we play our set, not like we asked for free drinks or food, but come on!

The singer announces that somehow the order on the setlist is wrong, and the song we are starting with is also not listed in the correct key, which means I have to quickly navigate where things are headed, dropping a full step on the fiddle to kick off what we hope is an attention grabbing tune that will be sure to have the audience of otherwise ambivalent sports fans spun around on bar stools listening with delight as we blast through every generic Americana bar band tune you can think of.

After the first song I am informed that the singer want’s to continue playing songs in otherwise knuckle busting keys for me as a fiddle player, and I decide that I’m just not being paid enough to play in Eb and F#m... Naturally I decide it would be much more fun to just play my Gretsch and hope for the best.

We hammer our way through the first hour, playing all the current popular roots songs that people who casually listen to something other than Bro Country will be pretty used to. At some point the singer launches into an original song that because this is my first time playing with the group, I have no idea how it goes! I listen carefully and figure out it’s a pretty simple chord structor and the tempo isn’t too bad, so I roll with it. The bass player gives me the sign for a solo and I do my best to launch into something that sounds remotely close to the melody without being boring, and that’s when things go off the rails... The singer starts losing chord changes, cuts my solo off half a measure too soon and shoots me a dirty look. The crowd hadn’t even noticed, as Joe Football Star had scored a good home run, or something... (I’m not a sports fan)

About three questers of the way through our second set a table full of bikers had wandered in and one of the bigger, uglier and harrier guys in the group noticed my fiddle sitting on the stage and yelled  as the last notes of our most tender ballad rang out “Play Devil Went Down To Geeeorgeeaaahh” ordinarily this would be met with sarcasm and a little snark if it were my show but I brush it off, there’s no way the singer knows this one and the bass player probably can’t play in that many time signatures, either... The singer comes over to me on the stage and asks if I know the song, to which I answer with a question... Do you? “No” is the reply... “But I can look up the words on my phone, what key is it in?” Me: *facepalm* I quickly try and change the subject, and steer the musical direction away from a tune the band can’t possibly pull off, but by this time the big hairy biker is waiving around a $20 bill and I see my singers face turn serious!

The song is a complete flop, in no part because I don’t know how to play it, but because the backing rhythm section of the Charlie Daniels Band is made of ace musicians who are used to working together through the tough tempo changes of the song, and the many stops and goes... We are not that good together, and big hairy biker dude puts his money back in his pocket, his girlfriend gives me a sympathetic smile through her yellow teeth, as if to say...
“Sorry baby, I tried to warn him”

The bass player trying to get the show back on the rails asks over the mic if there are any Johnny Cash fans in the house, which is met with a questioning shout from the crowd, as if their confidence has been shaken by our lackluster performance of the former redneck anthem we had just got done butchering... I of course can’t think of a single way to screw this one up, even for this act and grab my telecaster, quickly dial in a twangy tone and launch into the intro to Folsom Prison Blues! The bass player rumbles into a train rhythm and the singer suddenly can’t remember the first verse! I step forward and take an awkward Luther Perkins inspired solo, before just taking to the mic, myself. The sound guy had so much reverb on the singers channel that I sound like I’m singing in the Folsom Prison gym during mandatory Dodgeball practice! The crowd likes it, and I look over at my pouting singer, and realize I better end this song and get back to my corner!

Six more songs and we are done for the night!

We step off the stage, try to sell a little merch and kibitz with the crowd a bit before breaking down our show, and I of course field questions about my rig, what year my Telecaster is, how many years have I been playing, when did I take up playing the fiddle...

Sully, the guy who books this bands shows sidles over to us as we are wrapping the last of the cables and slowly starts the routine, again.

“I think you guys are onto something... Caleb, you should play more fiddle, and be louder when you do” From there we get a lecture on showmanship and how we should all smile more on stage, how the owner thought we were boring, but wants to know if we are free on New Years, and also to inform us that he needs to get a check from the bars accountant for our payment.

For me since I am not even a full time part of this band I let it be known that I want payment night of performance! Mostly because I may not make it back to town again for another month, and who knows when I’ll see money from these guys! Somehow the tip jar has just enough cash in it to squeeze out my fee, and I exit stage left.

The sixty mile drive home is rather uneventful, as was the McDonalds McDouble and fries I wolfed down in the car on the way home... Oh well, I hope I can get the smell of smoke out of my fiddle case, before the church gig Sunday!