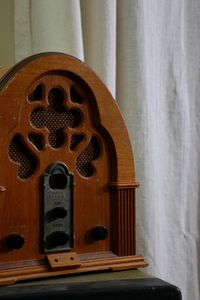 When I was a kid, I lived with the radio on all the time... The local Country station was a valuable asset that gave out solid weather forecasts and broke into the action when big storms loomed to keep the people informed of when it was time to take shelter. They also played a wonderful selection of classic songs and an almost curated playlist of better quality recent Country during the 90s. The local college NPR station played Old Time Radio shows and I got my drama fix from those. TV was a joke for getting any reception, unless you had a dish.

What am I trying to say? Well I guess the thing I'm trying to convey here is that I'm breaking the radio silence over here... You know the radio silence? Like when your favorite song ends and the DJ must have taken a lunch break because nothing else came on? I upload content daily to social media but despite actually paying a fee every month to have this website I rarely actually utilize this space.

That ends today! From here on out you will be finding more information here about my comings and goings than anyplace else.

So for right now, I figured I would open up a little bit.

I'm making a new album, that's right! An ALBUM! Not an EP, and not another single or crude little recording in my kitchen.

My goal is to record simple, honest songs with upfront vocals, hardly any effects, and minimal editing. The songs will be a distillation of my life's work thus far and some folks will probably recall the sound to some of my most early DIY recordings but with much better sound quality. Also, there will be a heavy amount of video action to see here too!